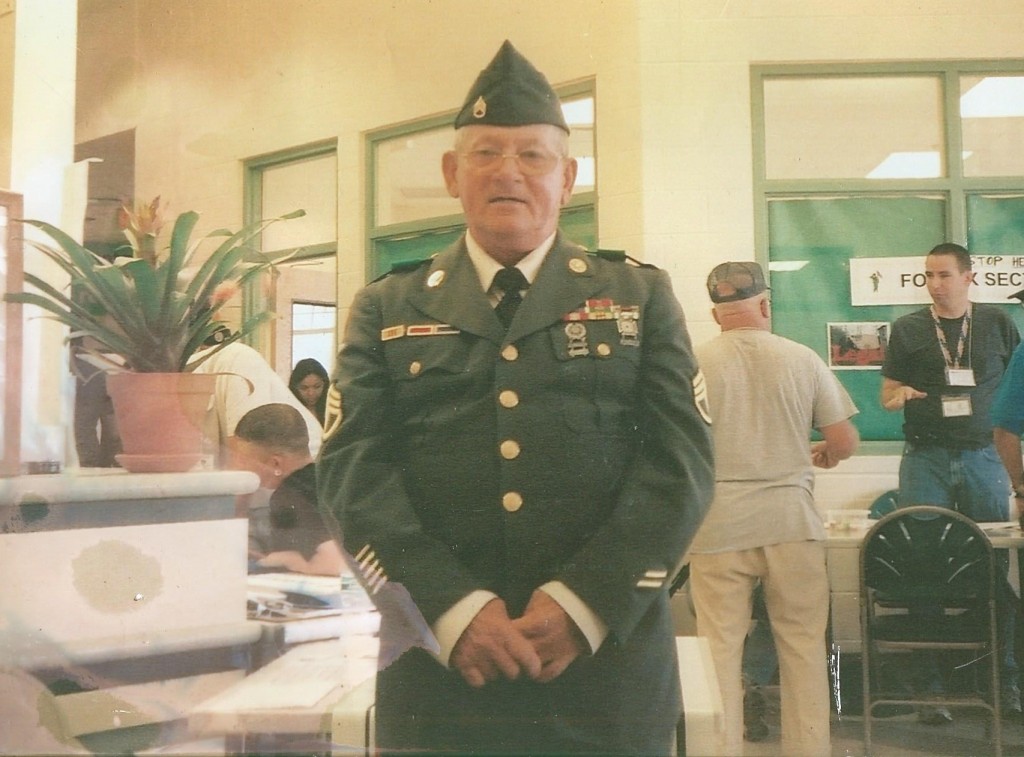 A few days ago I decided I didn’t want to do the same old Memorial Day post. I wanted to memorialize an individual who represents the heart of Memorial Day. I see posts that say “Happy Memorial Day”, but the reality for anyone who has or had a loved one who served, it can be a very somber day.

I decided to write about Staff Sergeant Thomas William Logan Sr, or Uncle Tom as I knew him. My first recollection of Uncle Tom was when I was very young – maybe 5 years old. You see I was born in 1964, and my Uncle Tom did 3 tours in Vietnam, so when this soldier showed up at the house and was hugging my mom I was wondering who this guy was. Tommy, as my mom called him, was her twin, and he was on leave, and had to shovel through 18 inches of snow to visit.

Uncle Tom earned two purple hearts in Vietnam. On one occasion he was riding in the back of a duece and a half (2 1/2 ton truck) with another soldier who was on his way home. The truck ran over a landmine and both men were throw into a rice patty. My uncle had a shoulder wound, but “commandeered” a motorcycle from a local to ride and get help. Sadly, that soldier never went home. Uncle Tom signed up for another tour in Vietnam after that, and completed 3 tours.

Sadly, my next memories of Uncle Tom were running into him when I was about 30 years old. He sometimes worked with my Uncle Jack, and I saw him on a job site. I would see him on a rare occasion, and he always would laugh and joke with me. I regret not getting to know him better.

In the above picture Uncle Tom was 66 years old. Even as the war and it’s memories followed him through life and eventually caught him, he was still proud to be an american soldier. Rest in peace Uncle Tom. God Bless the American Soldier!