“9 Now when he rose early on the first day of the week, he appeared first to Mary Magdalene, from whom he had cast out seven demons.10 She went and told those who had been with him, as they mourned and wept. 11 But when they heard that he was alive and had been seen by her, they would not believe it.”

Good Friday is good only because Christ bore our sins on the cross and gave His life for us. But without Resurrection Day it couldn’t be true. If Jesus just died on the cross the story would be just that – a story. It’s His resurrection from death that shows us that Jesus is who He says He is, and that He sits in heaven as our intercessor, our kinsman redeemer. We have been bought at a mighty price. A ransom so high,that if we come to Him and ask forgiveness, he sees our sin no more. Psalm 103:12 says, ” as far as the east is from the west, so far does he remove our transgressions from us.”.

“For God so loved the world, that he gave his only Son, that whoever believes in him should not perish but have eternal life.” -John 3:16. Jesus died so you can live, if only you believe. It cost Jesus everything so that it would cost you nothing. 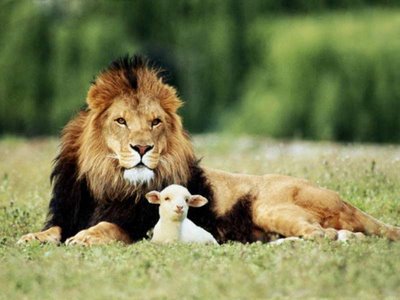 “13That very day two of them were going to a village named Emmaus, about seven miles from Jerusalem, 14 and they were talking with each other about all these things that had happened.

Just two plain old ordinary followers of Jesus, just like you and me.

15 While they were talking and discussing together, Jesus himself drew near and went with them. 16 But their eyes were kept from recognizing him.

Isn’t it interesting how our situations or problems blind us and keep us from seeing what is most important?

17 And he said to them, “What is this conversation that you are holding with each other as you walk?” And they stood still, looking sad.18 Then one of them, named Cleopas, answered him, “Are you the only visitor to Jerusalem who does not know the things that have happened there in these days?”

Sometimes we let our situations so overwhelm us that we don’t even realize Jesus is still there, walking with us.

19 And he said to them, “What things?” And they said to him, “Concerning Jesus of Nazareth, a man who was a prophet mighty in deed and word before God and all the people, 20 and how our chief priests and rulers delivered him up to be condemned to death, and crucified him. 21 But we had hoped that he was the one to redeem Israel. Yes, and besides all this, it is now the third day since these things happened. 22 Moreover, some women of our company amazed us. They were at the tomb early in the morning, 23 and when they did not find his body, they came back saying that they had even seen a vision of angels, who said that he was alive. 24 Some of those who were with us went to the tomb and found it just as the women had said, but him they did not see.”

Even though Jesus knows our very heart, he still wants to have a relationship with us, a dialog with us, and looks forward to hearing our concerns.

25 And he said to them, “O foolish ones, and slow of heart to believe all that the prophets have spoken! 26 Was it not necessary that the Christ should suffer these things and enter into his glory?” 27 And beginning with Moses and all the Prophets, he interpreted to them in all the Scriptures the things concerning himself.

Jesus knows what’s best for us, even if that means correction. His desire is for us to know him, not just know of him.

28 So they drew near to the village to which they were going. He acted as if he were going farther, 29 but they urged him strongly, saying, “Stay with us, for it is toward evening and the day is now far spent.” So he went in to stay with them.

The Lord will never force himself on you – He waits for your invitation.

30 When he was at table with them, he took the bread and blessed and broke it and gave it to them. 31 And their eyes were opened, and they recognized him. And he vanished from their sight. 32 They said to each other, “Did not our hearts burn within us while he talked to us on the road, while he opened to us the Scriptures?”

Jesus left their sight, but not their hearts.

33 And they rose that same hour and returned to Jerusalem. And they found the eleven and those who were with them gathered together, 34 saying, “The Lord has risen indeed, and has appeared to Simon!” 35 Then they told what had happened on the road, and how he was known to them in the breaking of the bread.”

Resurrection Day (Easter)for me is a day of great joy. My Jesus lives! He defeated sin and He defeated the grave. In 2 Timothy 2:11-13   Paul writes, “It is a faithful saying: For if we are dead  with him, we shall also live with him, if we suffer, we shall also reign with him, if we deny him, he also  will deny us, if we do not believe, he stays faithful, he cannot deny himself.”  and in Deuteronomy 31:8, “It is the Lord who goes before you. He will be with you; he will not leave you or forsake you. Do not fear or be dismayed.”

If you are on the road to Emmaus today I pray you will remember that we worship a King who is risen, who desires you to open your eyes and heart to Him. Happy Resurrection Day!