“9 Now when he rose early on the first day of the week, he appeared first to Mary Magdalene, from whom he had cast out seven demons.10 She went and told those who had been with him, as they mourned and wept. 11 But when they heard that he was alive and had been seen by her, they would not believe it.” 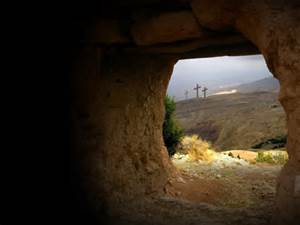 Good Friday is good only because Christ bore our sins on the cross and gave His life for us. But without Resurrection Day it couldn’t be true. If Jesus just died on the cross the story would be just that – a story. It’s His resurrection from death that shows us that Jesus is who He says He is, and that He sits in heaven as our intercessor, our kinsman redeemer. We have been bought at a mighty price. A ransom so high,that if we come to Him and ask forgiveness, he sees our sin no more. Psalm 103:12 says, ” as far as the east is from the west, so far does he remove our transgressions from us.”.

“For God so loved the world, that he gave his only Son, that whoever believes in him should not perish but have eternal life.” -John 3:16. Jesus died so you can live, if only you believe. It cost Jesus everything so that it would cost you nothing.

“Commit to the Lord whatever you do,
and he will establish your plans.”

Just wanted to share a video that Shug did featuring one of our Loco Libre Gear quilts while on a hike in Finland, Minnesota