Oceans (Where Feet May Fail) by Hillsong United 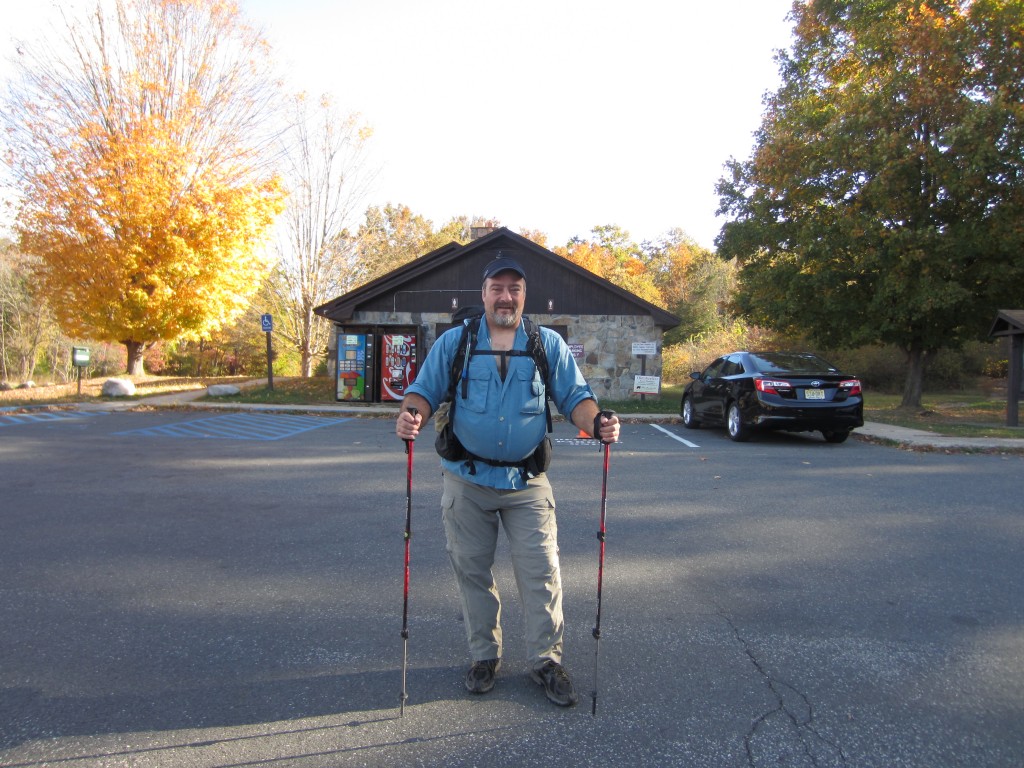 Sometimes the circumstances that direct our paths through life (as well as our paths in the forest) can’t be imagined until you get there. So it went in the days leading up to this hike. I was supposed to meet up with a couple of dear brothers on a hike over McAfee Knob on the Appalachian Trail in Central Virginia, but while I was en route life intervened. A few days later, with a pack still loaded for a three day walk, I decided to stay close to home and hike in New York state’s Harriman State Park. For those of you unfamiliar with Harriman, it lies approximately 20 miles north of New York City, and contains the first miles ever constructed of the Appalachian Trail. My plan was to stay away from the crowds (as much as one can) and hike in the south-west corner of the park. As I parked my truck at the Reeves Meadow Visitors Center I found it hard to believe I was so close to New York City, and yet there were only 6 cars in the parking lot. I guess I should have known better – it was a Friday after all. 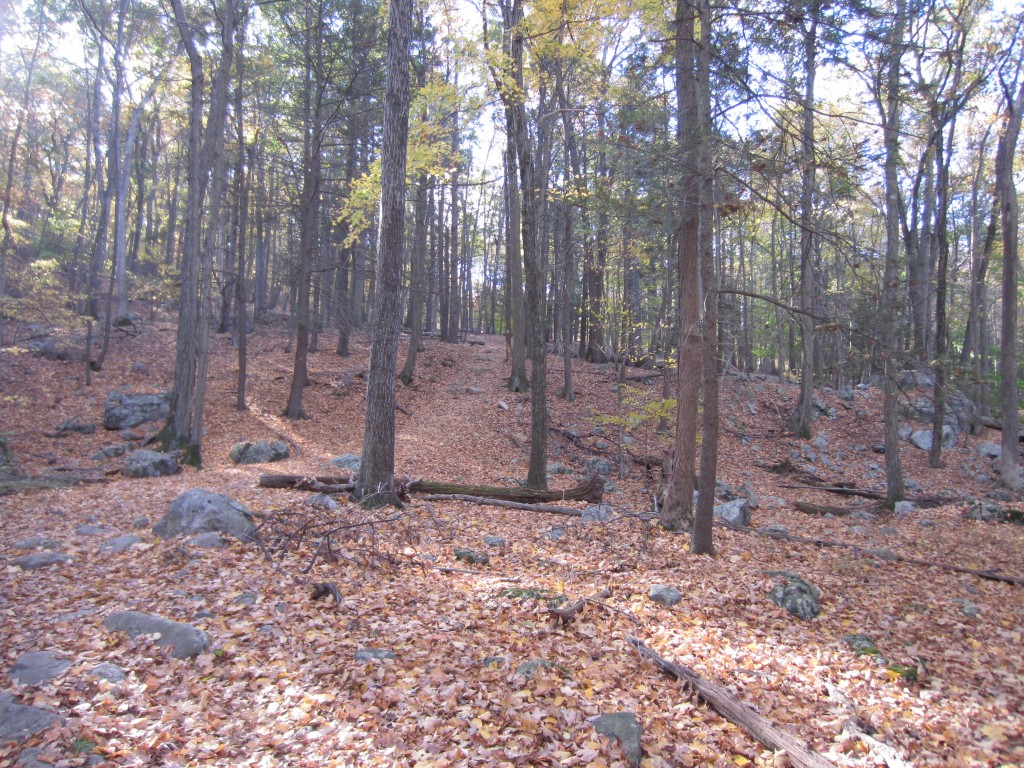 The first of many uphills

My walk started with a short walk west on the Pine Meadow Trail which led me to the Seven Hills trail. As the name states, the trail crosses seven hills if you follow its entire length. My plans were a little more loose and free-spirited, and I decided my route based on a whim of the moment. When I reached the Hillburn-Torne-Sebago Trail I decided against the views from Ramapo Torne and instead stayed on the Seven Hills Trail to Torne View. 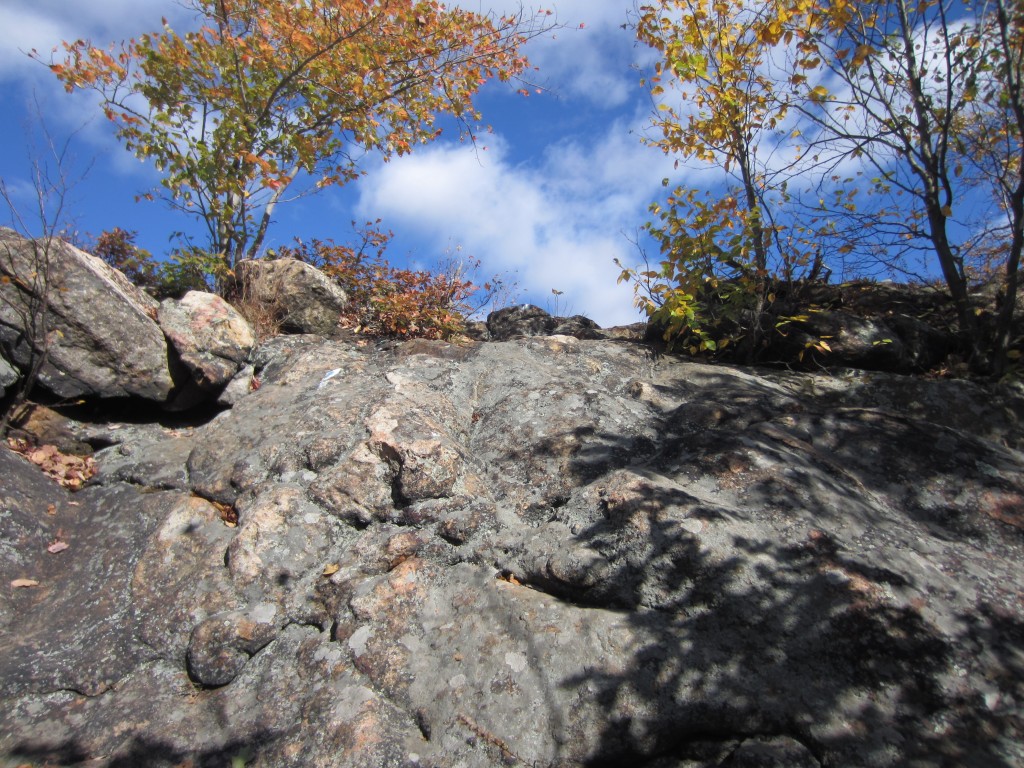 The trail takes a vertical approach for the last 20 feet, then suddenly you’re standing on a ledge enjoying views to the northwest of the New York countryside. 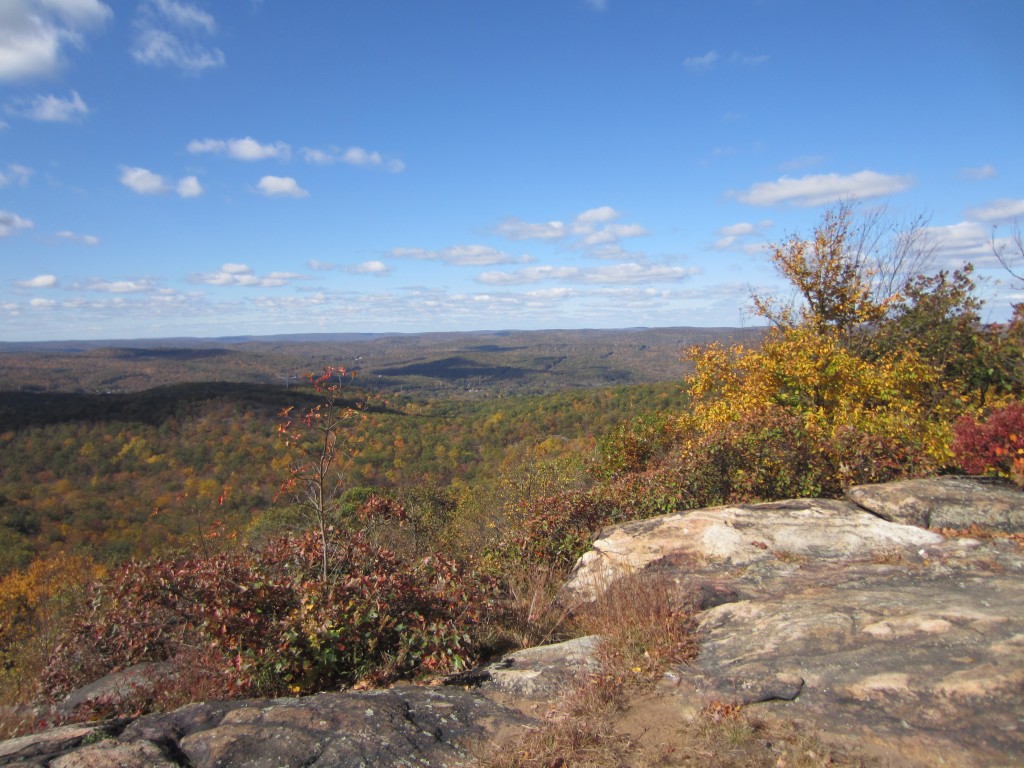 There were a few day hikers out, but I was able to pick my degree of solitude merely by varying my hiking pace. In this instance that meant an extended lunch/nap while taking in the views. Soon enough I was alone again. 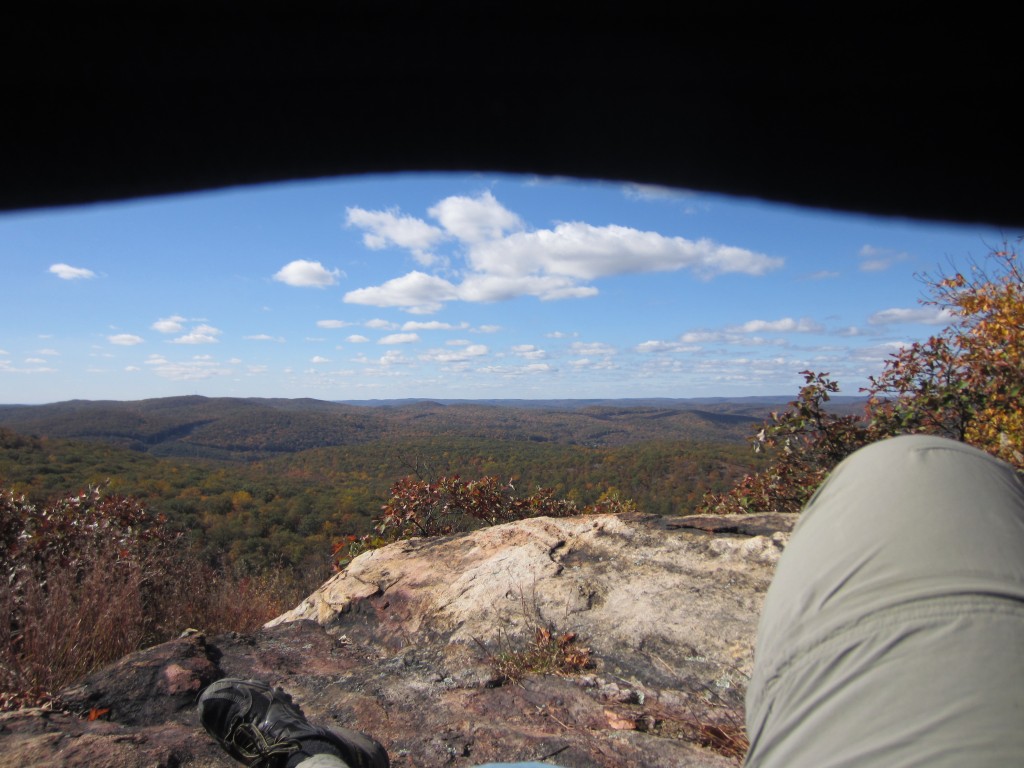 The world through my eyes

Back on the trail with my belly full and mind empty, I made the turn onto the Raccoon Brook Hills Trail. This was one of my favorite trails on this hike, since it was mostly a hilltop trail. There’s just something about hiking above the surrounding countryside that is really cool. 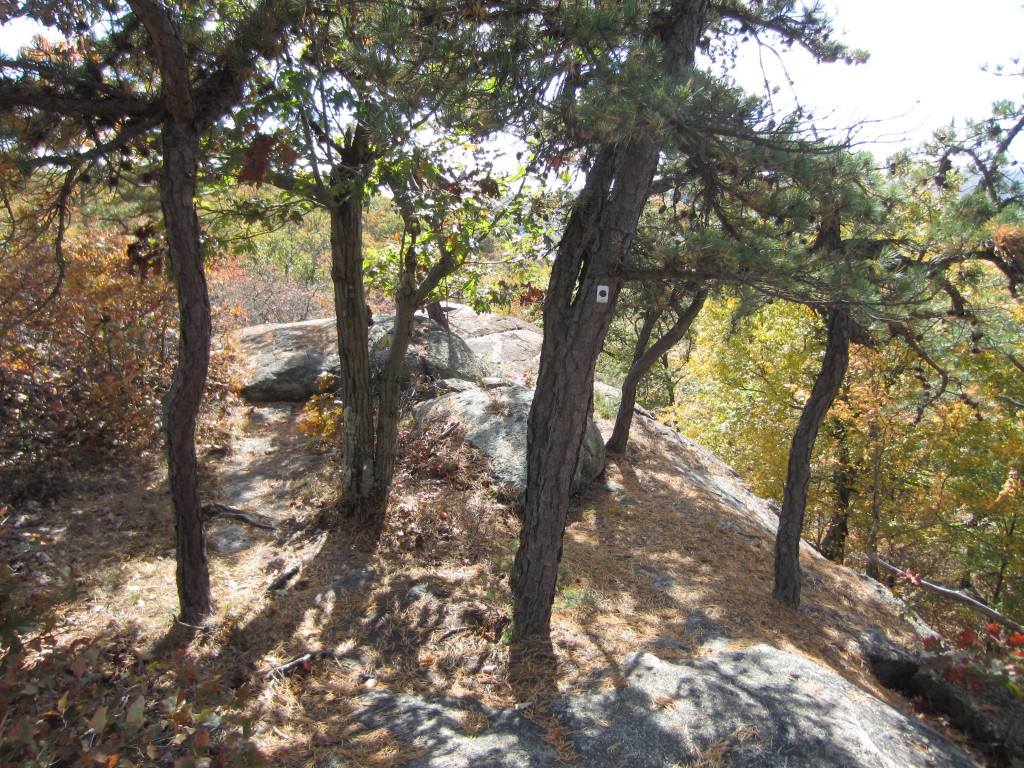 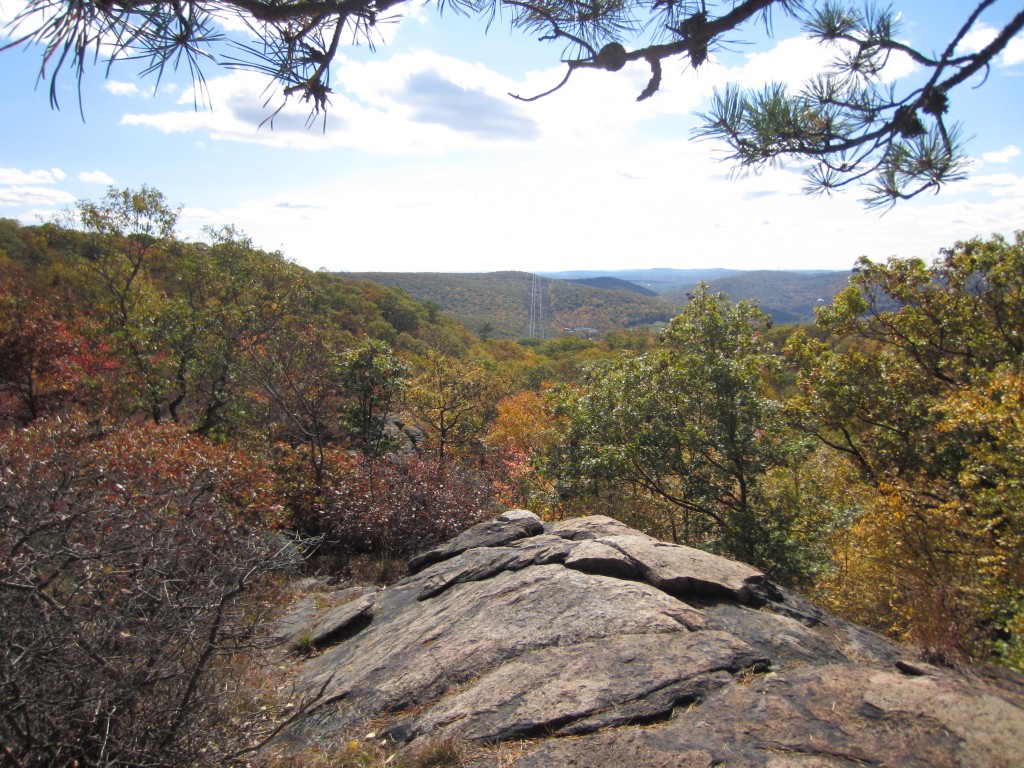 View from the Pulpit

Right about the time I dropped down into the Torne Valley I realized I needed to start looking for water. No big deal I thought – the map showed two streams on the Kakiat Trail, so I made the turn. One half mile later I was looking at a dry stream bed. No problem, I’m not dry yet. I stopped to snack and look at my options just in case. Another half mile and another dry stream bed – yikes! I said a short prayer for safe passage and continued on, but by now I was rationing water and starting to dehydrate. I adjusted my pace to conserve energy and as I reached the Suffern- Bear Mountain Trail I knew that the next stream would be no better. The song “Oceans” by Hillsong United was stuck in my head, “Where feet may fail and fear surrounds me, You’ve never failed and You won’t start now”.   I reached a viewpoint where I could make out the New York City skyline 20 miles distant, and at least for a short while that helped to take my mind off my immediate trouble. 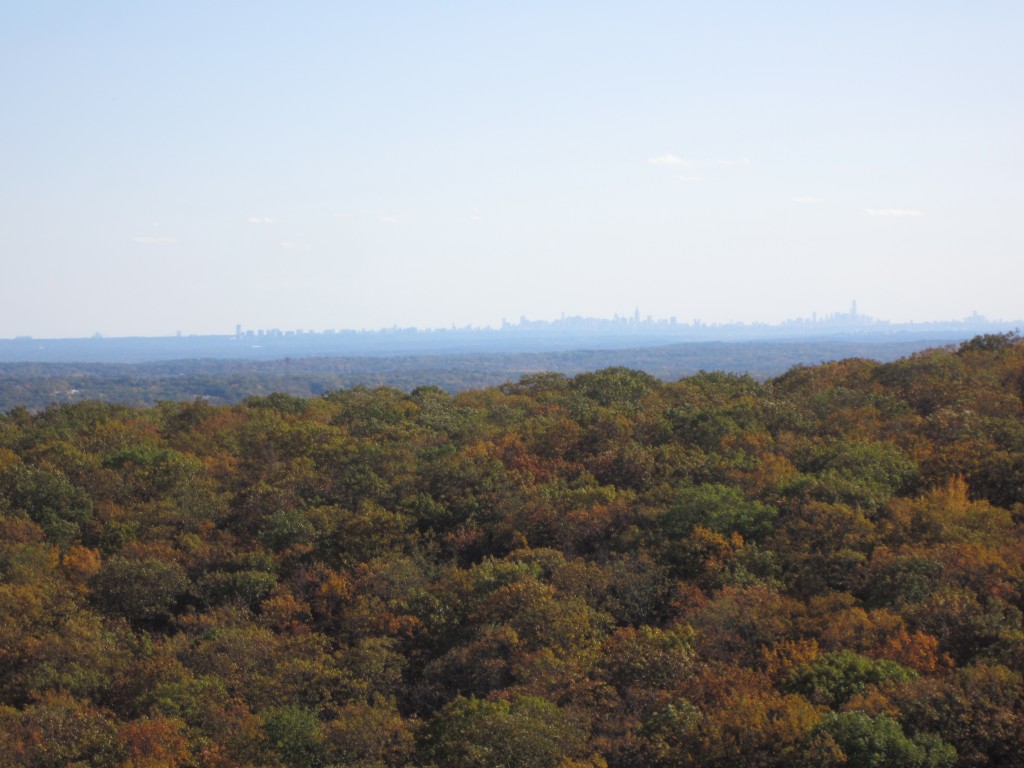 I might as well kill the tension right now – I wasn’t going to die. I was just going to get a reminder of how much you can trust maps. Anyway, I knew what I had to do, like it or not. My destination for the night was Stone Memorial shelter, which is a dry shelter. That meant I would first have to detour down the Conklins Crossing Trail to Pine Meadow Lake for water. This added an extra mile or so round trip that in my dehydrated state I did not appreciate. At the lake I filled both of my bottles, then proceeded to drink 32 ounces straight down. This upset my stomach, but I knew I knew I needed to drink up. I briefly debated finding a stealth camping spot somewhere around the lake, but I knew I couldn’t do it. I remember someone telling me once, ” It’s not what you do when people are watching, but what you do when no one is watching that defines your character”.  Camping is only legal around the shelters in Harriman and I was determined to do the right thing.

I’m glad I did, because the hike back up to the ridge wasn’t that bad. I reached the shelter around 4:30 pm, and was immediately impressed. Made completely of stone, with three fireplaces, it sat on top of a rock slab (but unfortunately no views). There were five guys already camping in the shelter so I walked to the bottom of the rock and found a site that was as good as I could hope for anywhere. 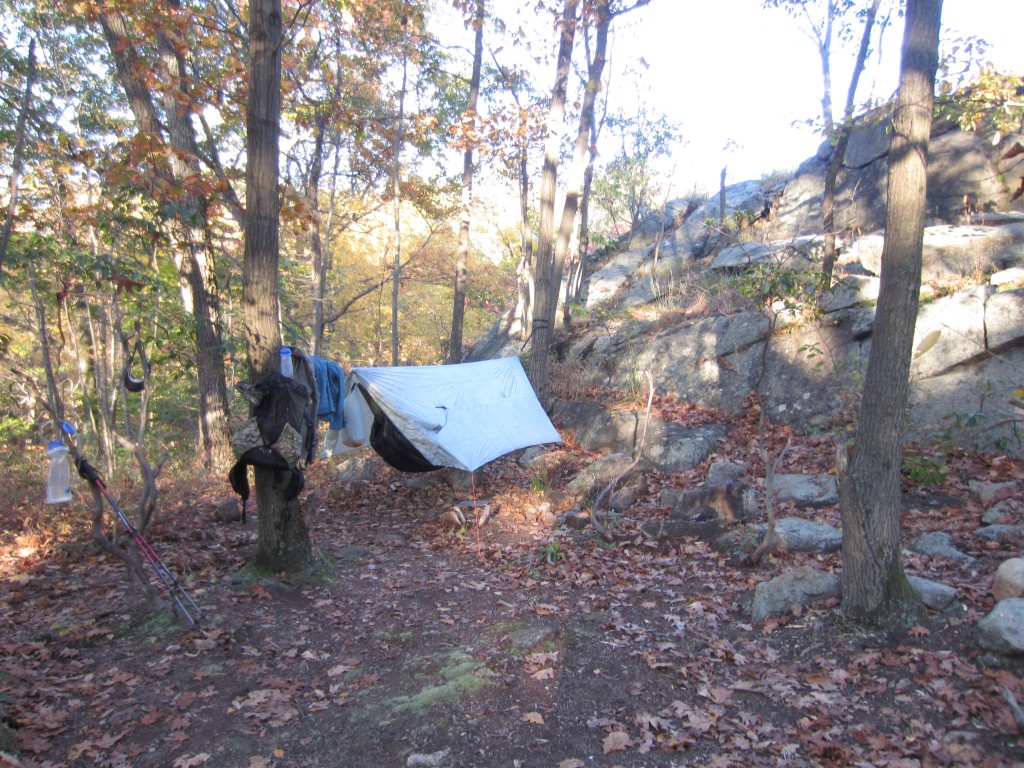 What could be better?

I set up the hammock, got water boiling and hung my bear bag. At that point there was nothing to do but relax. Nothing is sweeter than chilling in camp after you’ve earned it. Stuffing, gravy, and chicken for dinner followed by some reading and before I knew it, it was dark. The guys up on the hill were drinking and whooping it up, so I just kept to myself. Eventually everyone settled down and all that was left was the sounds of the woods. Aaahh, yes! 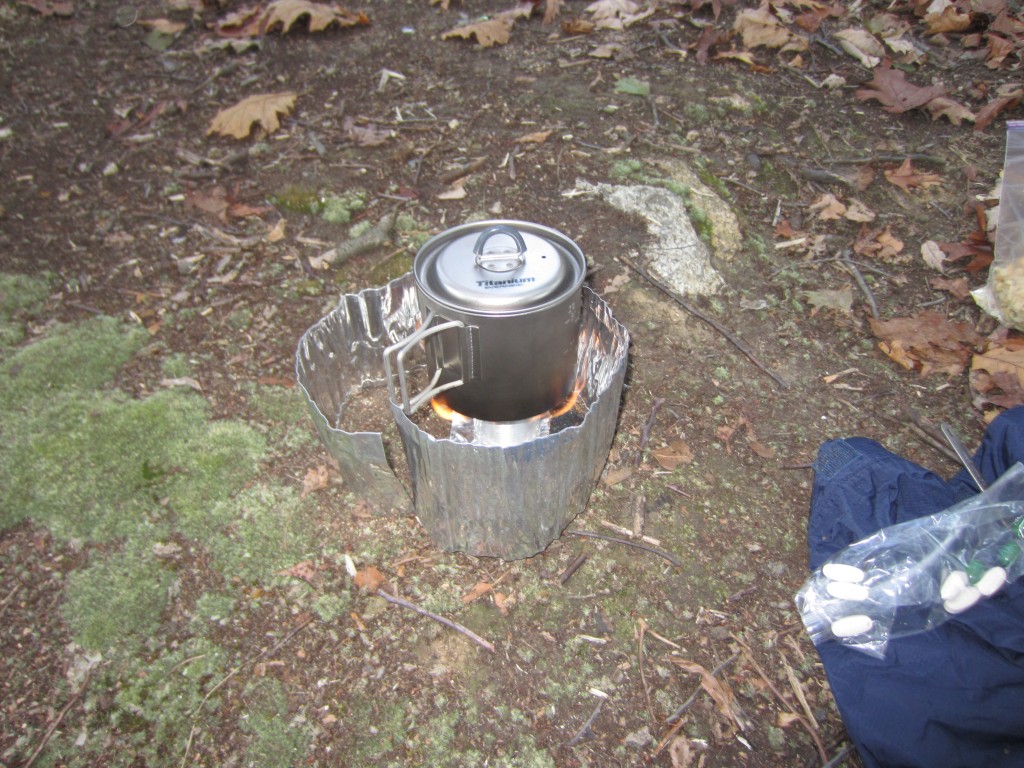 I awoke a few times during the night to answer mother nature’s call, but otherwise slept well. In fact I didn’t get up until around 8 am. There’s nothing like a great night’s sleep in a hammock, and if I could convince my wife I’d sleep in a hammock every night. Before finally committing to a new day I spent some time reading Psalms; “For I know that the Lord is great, and that our Lord is above all gods. Whatever the Lord pleases, he does, in heaven and on earth, in the seas and all deeps. He it is who makes the clouds rise at the end of the earth, who makes lightnings for the rain and brings forth the wind from his storehouses.” (Psalm 135:5-7 ESV). It’s by God’s great grace that I get to enjoy another beautiful day!

As I waited for my Mountain House scrambled eggs with ham to rehydrate, and my tea to cool, I broke camp.  I was originally going to make this a three day hike, but not wanting a repeat of the day before and given the uncertainty of the other water sources I was depending on, I decided to hike out instead. Since I was retracing my steps back to Pine Meadow Lake I was certain I would have no further water troubles. 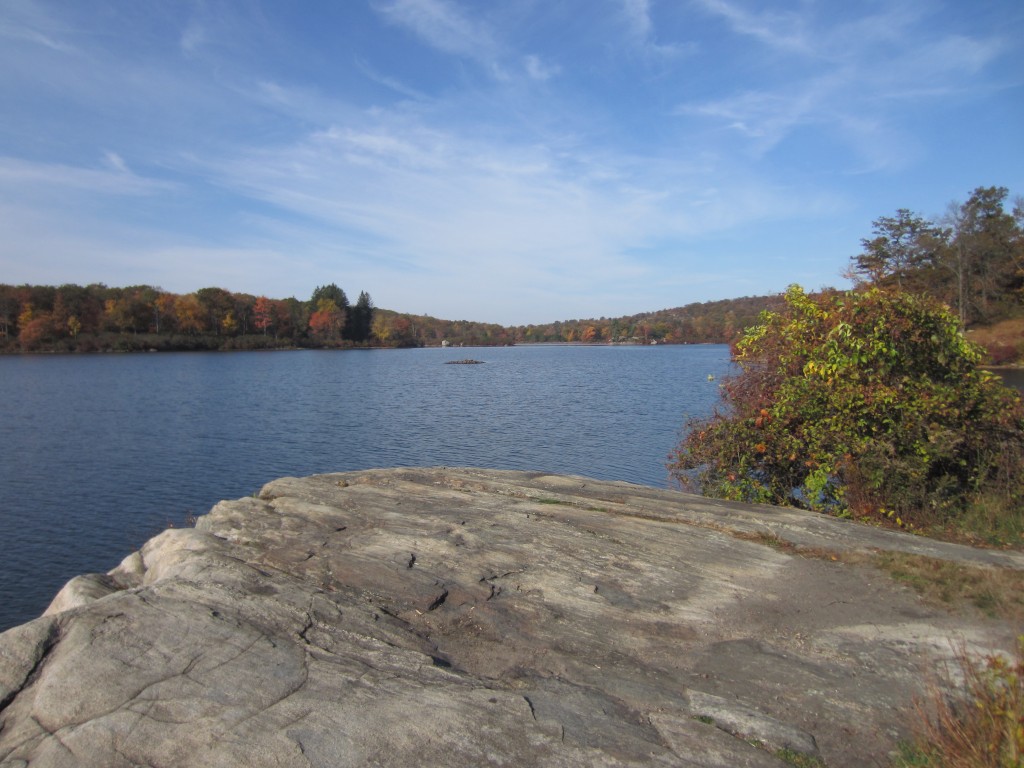 It’s amazing what a good nights sleep can do for a person, and as I walked along I felt great. I knew I would be near good water all day, so I didn’t bother filling up at the lake. It was a crisp, clear, beautiful morning and nothing could spoil it. Well, almost. 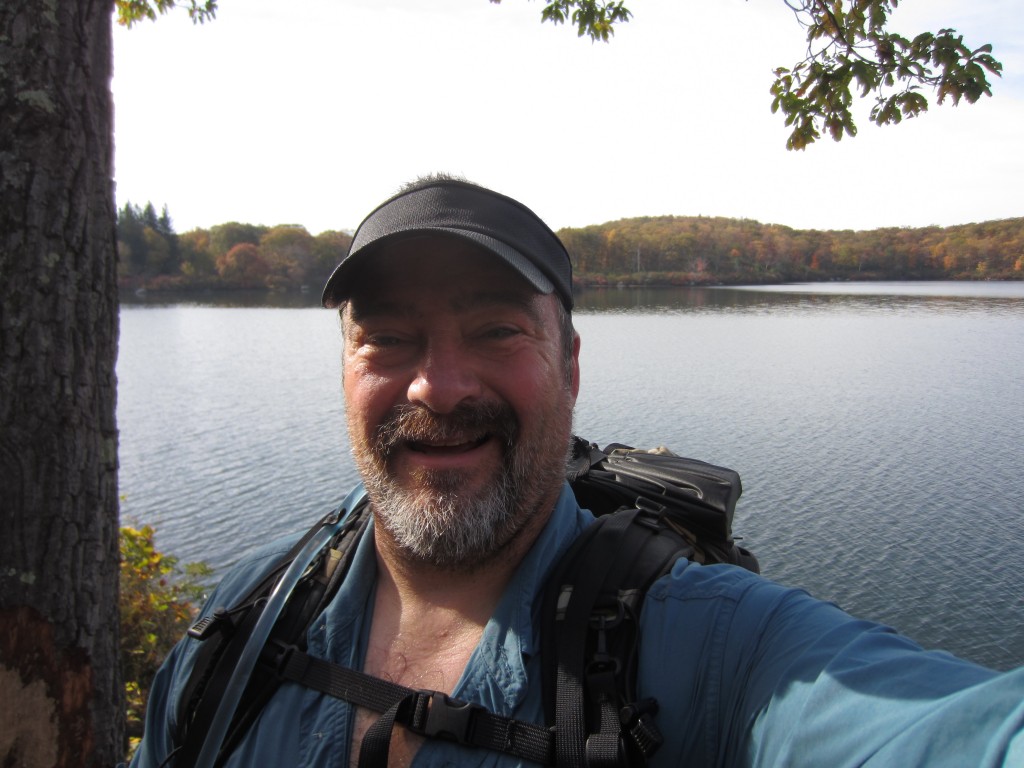 As I walked along the shoreline I passed a large group of day hikers, about 30 in number. The closer I got to the upper end of the lake, the more people I passed. I continued on the Kakiat Trail as more and more people appeared. By the time I hit the Pine Meadow Trail, it had become a steady stream of day hikers, many of which were woefully ill prepared for any type of outdoor activity. Some looked like they genuinely didn’t want to be there. Maybe they hate crowds too, heh, heh. 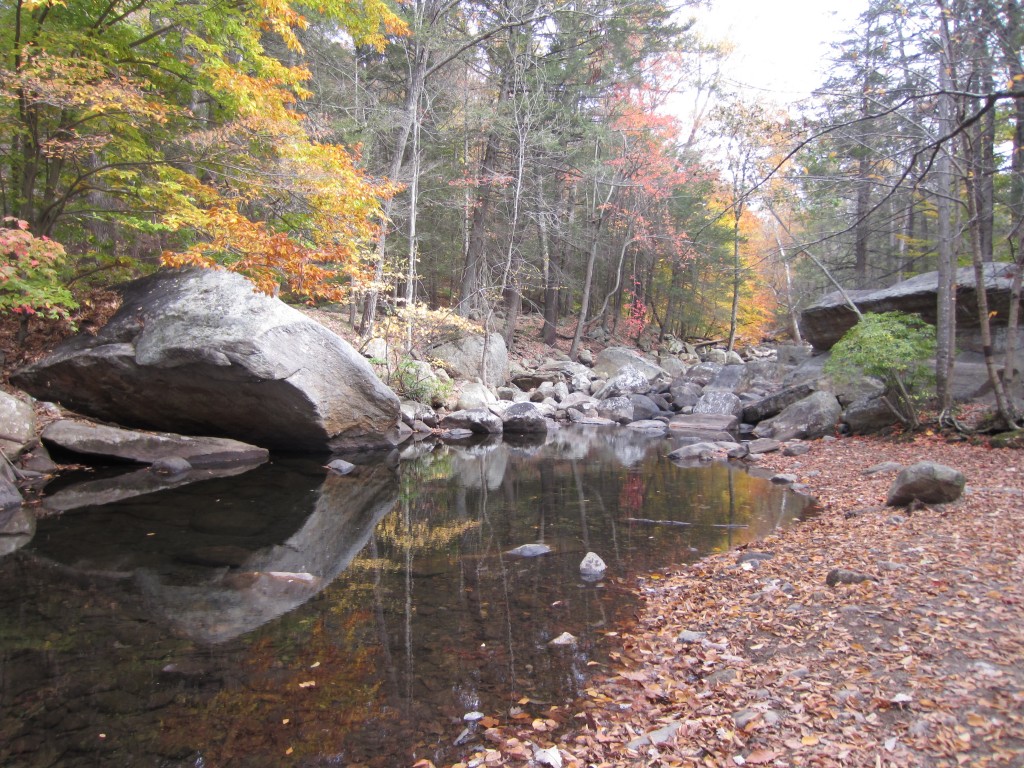 Along the Pine Meadow Trail

I wasn’t sure how much further I had to go, so I finally gave in and filled my water bottle and took in a few snacks to keep me going. Better safe than sorry. Little did I know I was only about a quarter mile from the trailhead. Oh well.

The end is in sight

Funny thing – you would think that all the people I passed would have prepared me for the circus I would see at the trailhead parking lot. Not so. As I meandered over to my truck I was struck by the immensity of it all. People fighting their way into the crowded lot, and people fighting their way out. Cars were parked as far as the eye could see in both directions along the road, and yet cars still pulled in, as if one of the twenty spots in the lot would miraculously be available. It was a mind blowing juxtaposition from the day before.

So what did I think of hiking in Harriman? Harriman has a lot to offer in terms of terrain, scenery, and resources. I personally thought it was beautiful! Unfortunately it’s incredibly taxed, particularly on the weekends. I would certainly go again (and I will, God willing), but never on a weekend. I would hike the southern section of the park and do it during the week. My next trip would be during the spring when water would (should) be more available. It’s not the solitude I find in the Adirondacks, but for me, Harriman State Park is a good opportunity to get away within a few hours of home.

2 thoughts on “Hangin’ In Harriman”